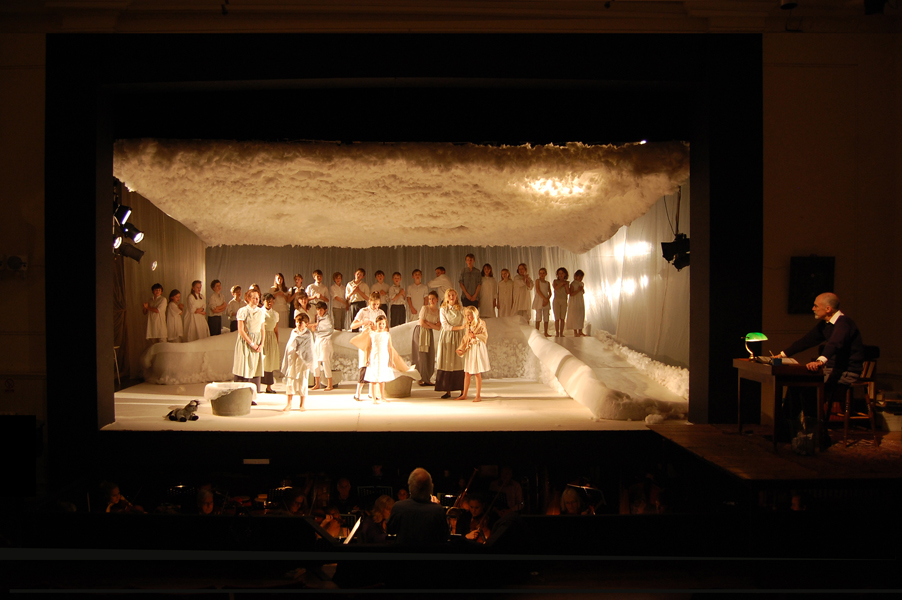 Nestling in the heart of the seaside town of Aldeburgh in Suffolk sits the historic and much- loved Jubilee Hall. Built in 1887 by local businessman Newson Garrett to celebrateQueen Victoria’s Golden Jubilee, the hall was intended for “concerts and dramatic entertainments provided by well-known artistes, dances for the little people on wet afternoons and for ‘the grown-ups’ in the evenings”. Ever since then, and true to its mission, the hall has offered an array of musical and dramatic performances – both amateur andprofessional. In response to local demand, it has also served as a film-theatre, dance-hall, badminton court and roller- skating rink. The Jubilee Hall is nothing if not adaptable!

The Jubilee Hall gained unexpected fame in 1948 when local residents Benjamin Britten and Peter Pears chose it as a venue for their ‘Festival of Music and the Arts’. In 1960 the first ever performance of Britten’s A Midsummer Night’s Dream was given in the hall, and since then many notable opera premières have taken place there, such as Britten’s The Little Sweep, William Walton’s The Bear and Harrison Birtwistle’s Punch and Judy. Although the main venue of the Aldeburgh Festival has moved to Snape Maltings, many of the Festival events continue to take place in the Jubilee Hall.

Today the Jubilee Hall is a Charitable Incorporated Organisation (CIO) but its vision has changed little since the days of the founding fathers. We aim to provide a public hall for residents and visitors alike, a place free from political, religious or others opinions – a neutral space that we hope a broad range of users can enjoy. The Jubilee Hall operates ona ‘space to hire’ basis. It can be used as a fully functioning theatre and as a concert venue, and still boasts the original orchestra pit used by Benjamin Britten. The hall also provides valuable http://aldeburghjubileehall.co.uk rehearsal space and can be used for company ‘away days’ and events.

For details of the Autumn and Winter programme, click on this link: http://aldeburghjubileehall.co.uk/