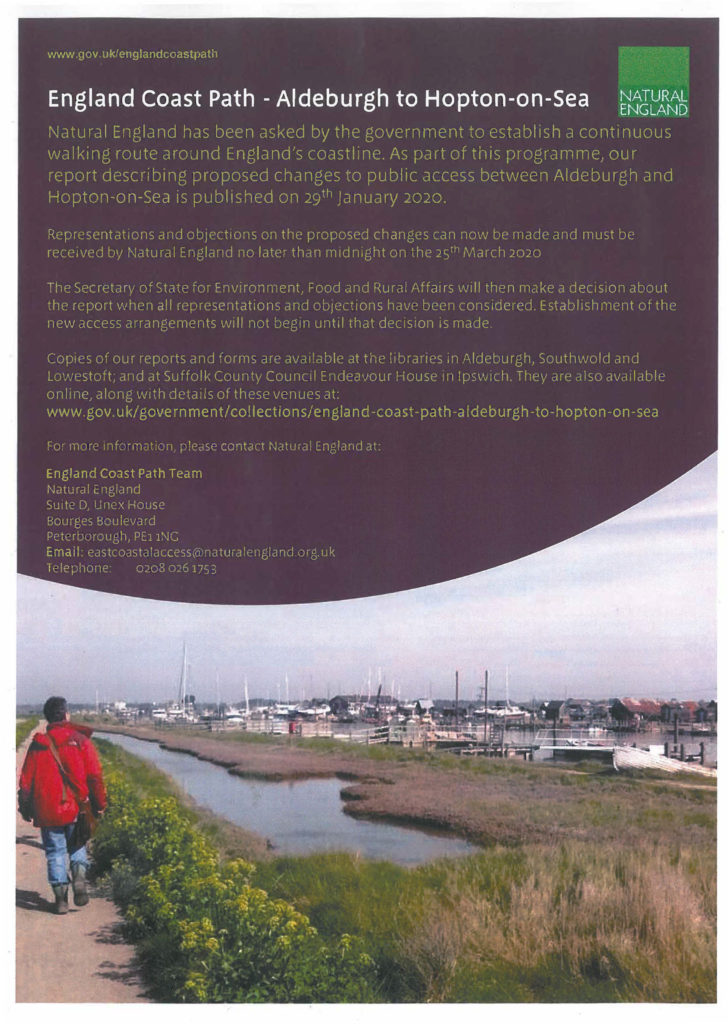 walking route around England’s coastline. As part of this programme, our report describing proposed changes to public access between Aldeburgh and Hopton-on-Sea is published on 29th January 2020.

The Secretary of State for Environment, Food and Rural Affairs will then make a decision about the report when all representations and objections have been considered. Establishment of the new access arrangements will not begin until that decision is made.

Copies of our reports and forms are available at the libraries in Aldeburgh, Southwold and Lowestoft; and at Suffolk County Council Endeavour House in lpswich. They are also available on line, along with details of these venues at: