Home History of AldeburghAldeburgh at War 1914-1918 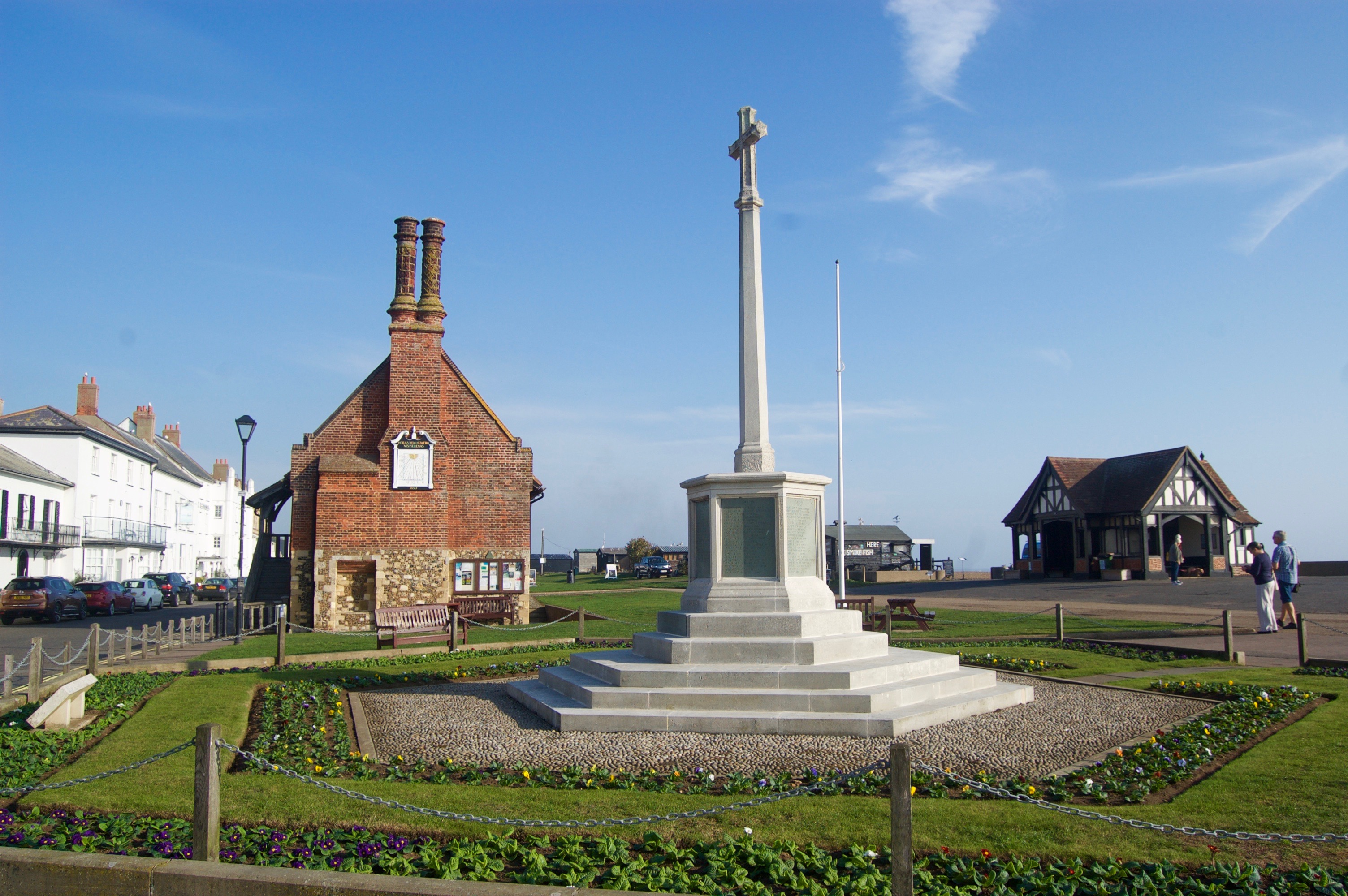 Like many communities across the United KIngdom and the world, Aldeburgh paid a heavy human price during World War One with the loss of 84 local young men and one woman.

Sets of brothers were killed, an uncle and a nephew, men killed on the same ship, friends and neighbours.

And while many of Aldeburgh’s Fallen were from long-standing local families, others had been summer visitors to the town, or had holiday homes or had moved to the town for work.

Virtually every family in town was touched in some way by the carnage.

Which was why the end of the war was greeted with wild enthusiasm by townsfolk.

The Mayor, Alderman W.F.Thompson, formally announced the end of hostilities from the top of the steps at the Moot Hall, signalling wild celebrations.

Church bells rang out, fireworks were set off, huge crowds sang  and danced in the streets, an aircraft flew over the town and a torchlight procession of soldiers and townsfolk paraded down the High Street.

The crowds vented their anger on the Kaiser by burning a life-size effigy of him on Moot Green with Tommies and locals dancing round the funeral pyre.

The impact of World War One was felt globally but it fell to local communities to honour Their Fallen and on Sunday January 2 1920 the town’s War Memorial was unveiled in front of a crowd of more than 1,000 people. Prayers were said, a two-minute silence observed and the Last Post ended the short service. Simultaneously, a muffled peal of bells rang out from the Parish Church.

The war was over…the names of heroes set in stone…a permanent reminder of the sacrifice they made in the name of freedom.

It was known locally as Hazelwood Aerodrome and operated primarily as a night landing ground until 1918. Fighter aircraft occasionally took off from the grass airfield in response to Zeppelin raids. 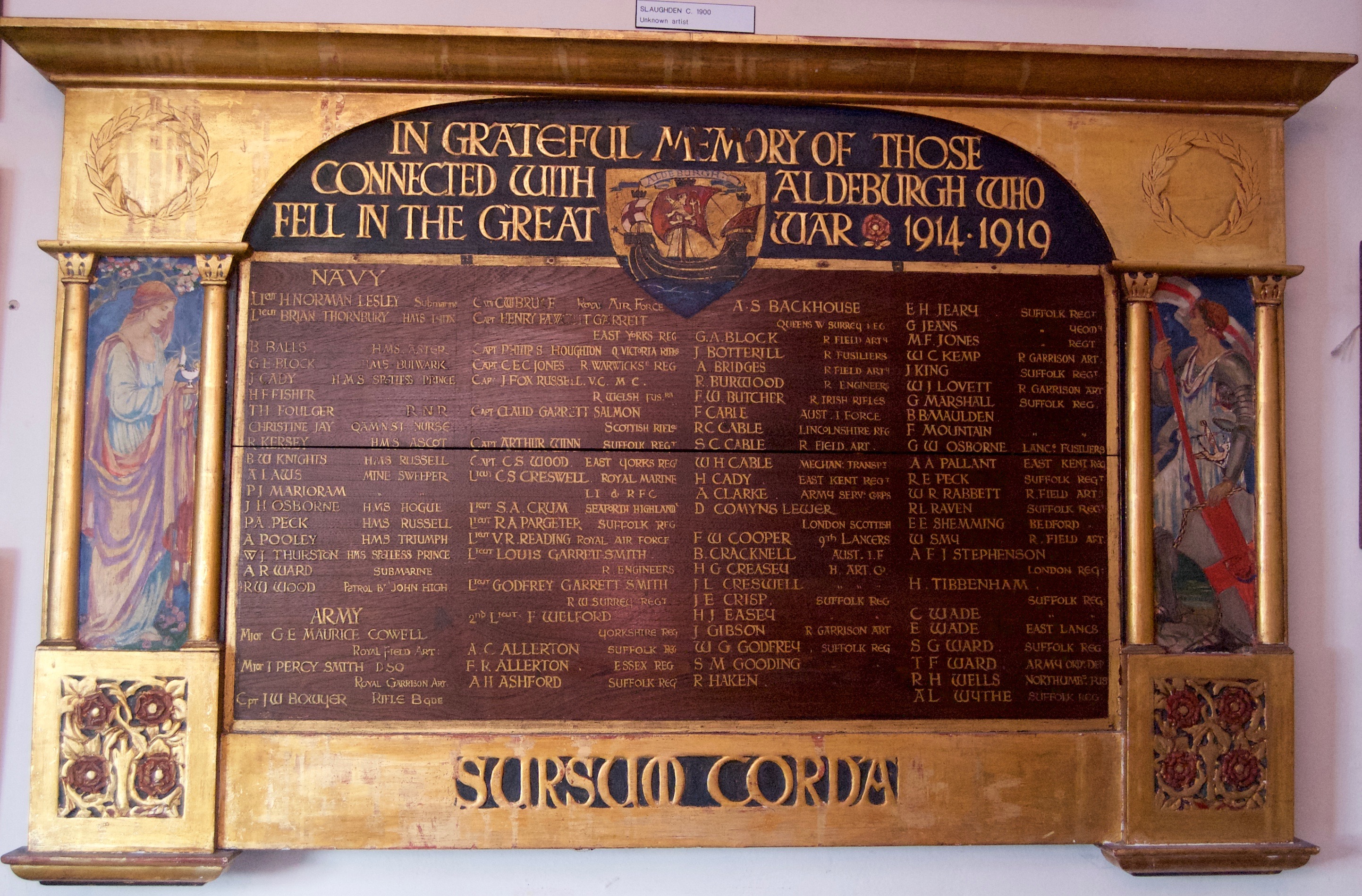 The Anti-Submarine Inshore Patrol Observers School then formed here in August 1918 after redevelopment work had taken place which extended the boundary to the north and west, land to the south-west being used for administrative and domestic buildings.

The airfield became one of the few bases for one of the first reliable and effective anti-submarine patrol aircraft, the Blackburn Kangaroo. Aircraft such as the Royal Aircraft Factory BE2 and Airco DH6 also flew from Aldeburgh for varying lengths of time.

Pilots are said to have used the bunkers of the nearby golf course to locate the airfield that was also circled by a chalk ring, 50 yards in diameter and two yards wide.

Further planned building work included four Belfast Truss hangars and a smaller Aircraft Repair Shed. These facilities were originally estimated to be finished by 31 January 1919 but it is doubtful that every building was completed. Three timber buildings were dismantled and re-erected at Thorpeness, having been bought by the Ogilvie family.

The end of the First World War saw the relatively swift closure of Aldeburgh despite the based unit eventually becoming No 1 Marine Observers School on 1 January 1919. The school disbanded in September and the airfield closed at the same time.

(Information supplied by the Airfields of Britain Conservation Trust). 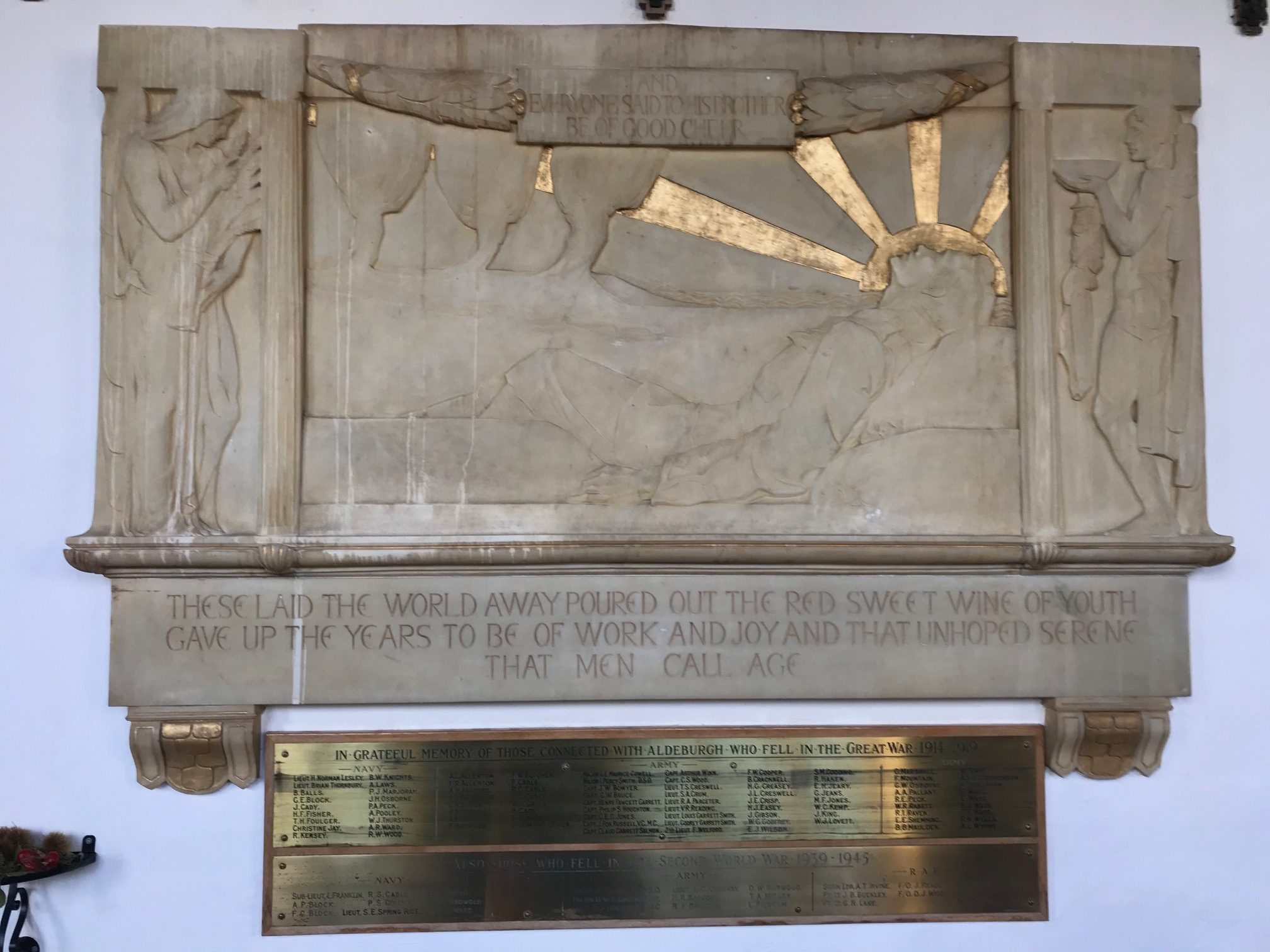