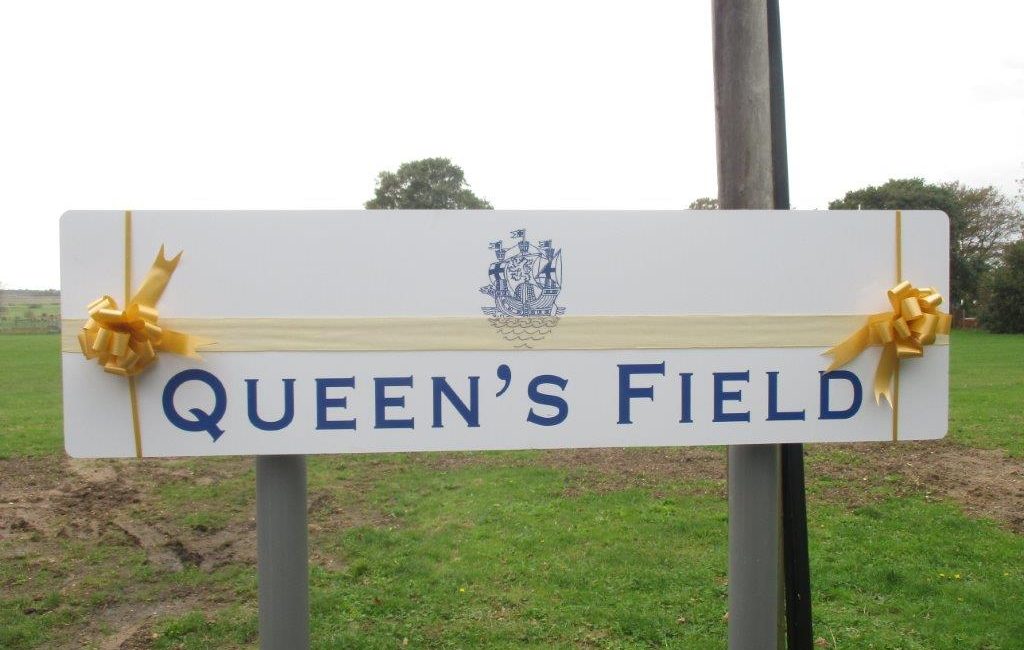 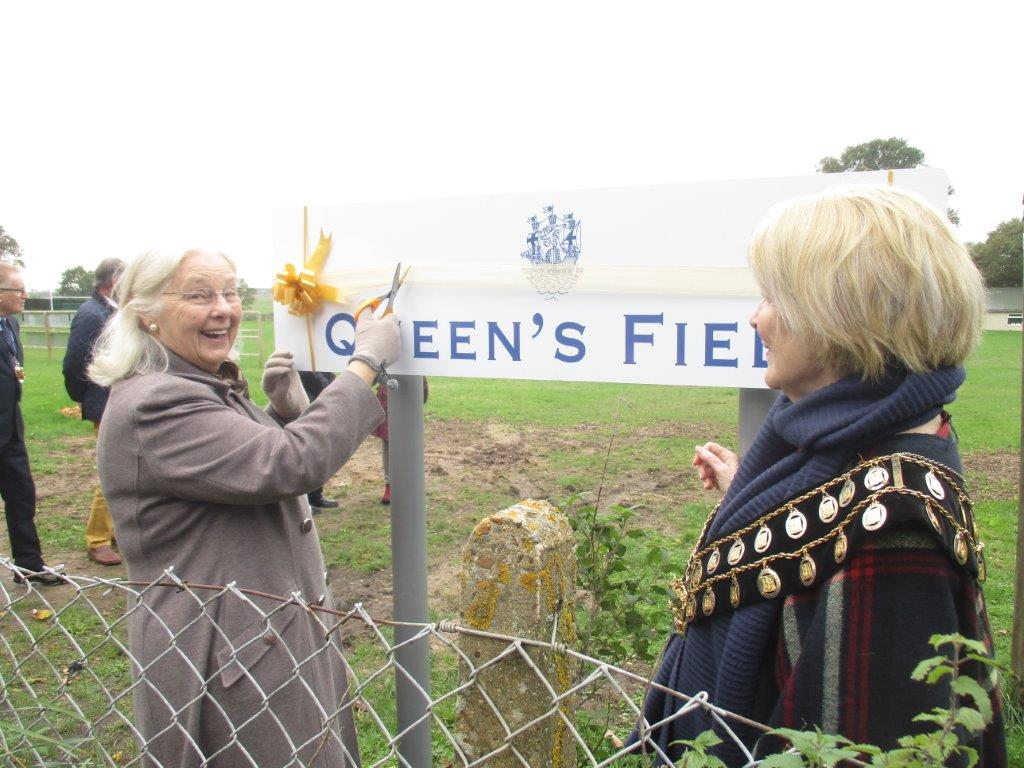 At the end of 2019, a decision was taken by Aldeburgh Town Council to rededicate the land formerly known as the School Playing Field in Aldeburgh and name it Queen’s Field. This seemed most appropriate given that it sits adjacent to King’s Field which was a posthumous dedication made in 1937 to King George V, the Queen’s grandfather.

The ribbon cutting was carried out by Lady Howes, Deputy Lieutenant, who was delighted that the town has honoured Her Majesty the Queen’s exceptionally long reign. She recognised that it has been a challenging year and  commented that ‘I feel it is important that there should be some good news to celebrate for everyone.’ She continued by expressing confidence that ‘everyone will get great enjoyment from using Queen’s field in the future.’

The current restrictions meant that the ceremony involved fewer people than originally anticipated, but it is hoped that a wider celebration may be enjoyed, when permitted. 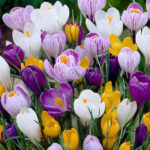 Previous:
We need your help to plant 2000 bulbs